Minimal, elegant and sexy: this is the man in 2020, according to the catwalks seen at Milano Moda Uomo. 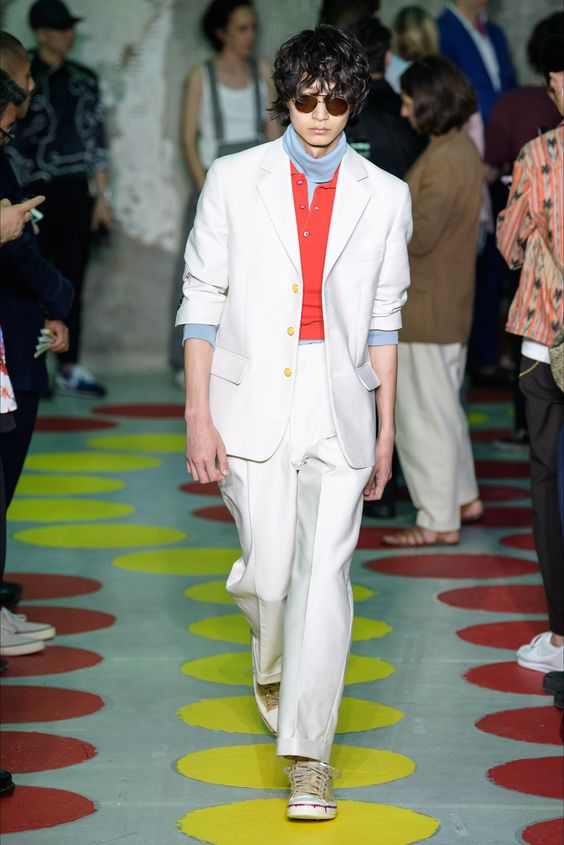 In a mix between past and future, the Marni man of the next summer season loves field and camouflage jackets, seventies shapes, neutral nuances and soft tones but what he disdains is camouflaging himself in the crowd, despite the premises may lead to believe it. 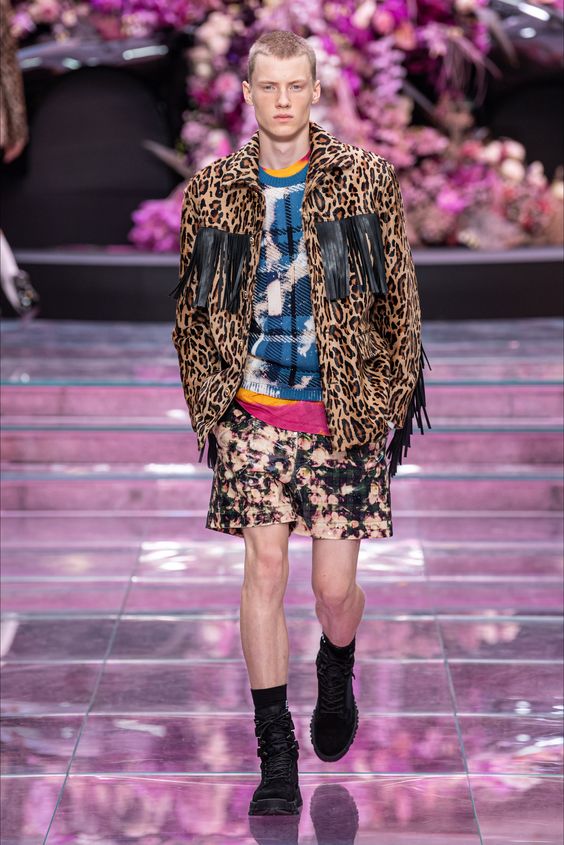 Punk Mix and Match at Versace, from the fluo-coloured hair with crest to the studs, torn denim and shorts, the outfits consecrated by Flint as iconic of an era have inspired Versace for his new creations. Even the animalier is not missing and makes a jacket or a blazer more scratching and gritty, especially with the shiny finish of vinyl and PVC. 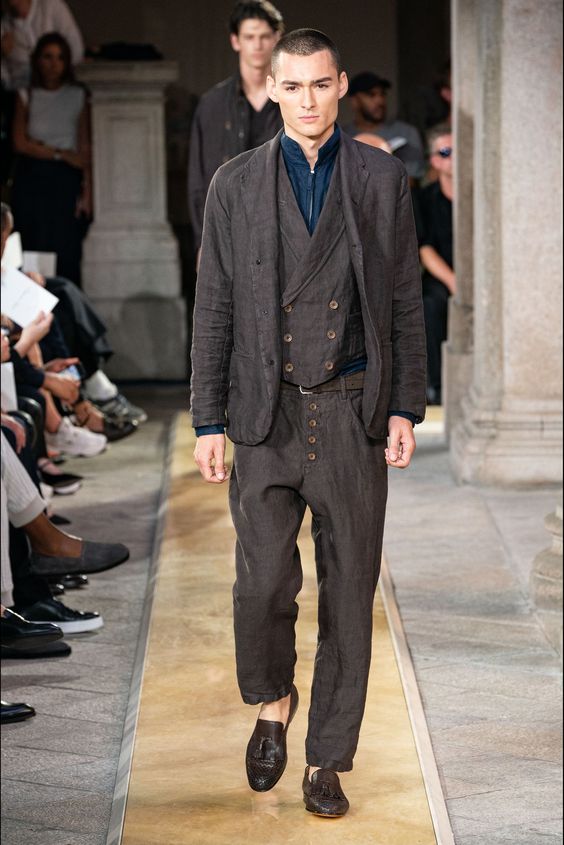 At Armani the vest is the new black. For next year’s collection, the sleeveless garment par excellence returns in trend. And it does so in its tallest version, the one usually shown off at ceremonies: the waistcoat, the favourite undercoat of the bride and groom and ceremonial in general, relives a new springtime combined with shorts and Capri trousers with a more casual soul. 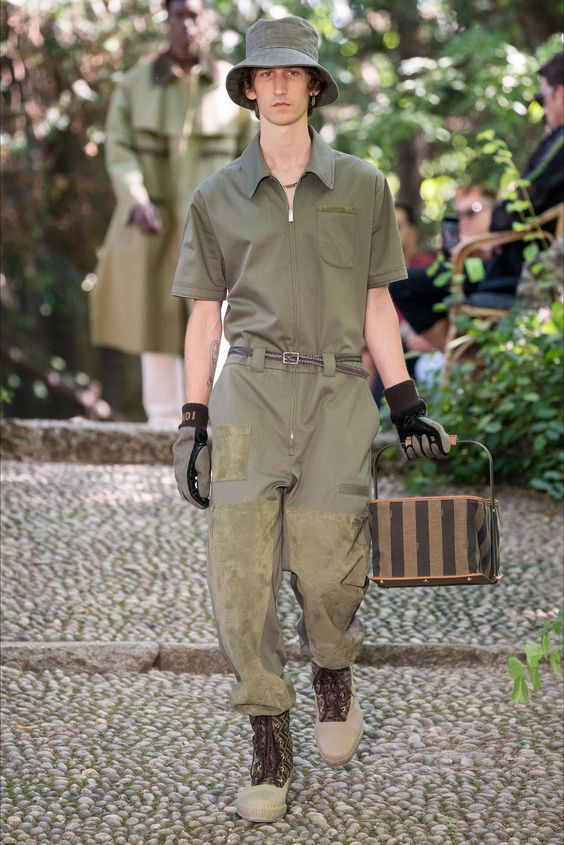 Fendi takes an urban explorer on the catwalk, chic and measured in every detail so as not to compromise the harmony of nature that welcomes him. A man who blends in with the green as well as the grey of the city, thanks to the preference for neutral palettes that make opacity a real mood.